2018 was generally a terrible year in my life, and other people's lives.

I was kind of convinced I shouldn't work with other actual humans on projects any more, mostly because I was having an extra bad time with my mental health, so I decided to do a feature length animated film. That way I could sit around by myself and draw and edit and not have to be around anyone... I ended up being around lots of people any way. 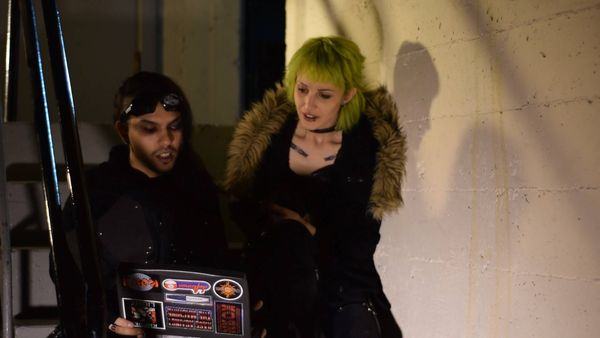 I did another film collaboration with Suzie for the follow up to her last movie... this time it was post apocalyptic, and it looked beautiful. We filmed over a period of several months  to get different weather.

The cartoon was Nandi Bear Tenants: The Movie. I spent the early part of the year running away to the Devonian gardens and the library and stuff to write the script. 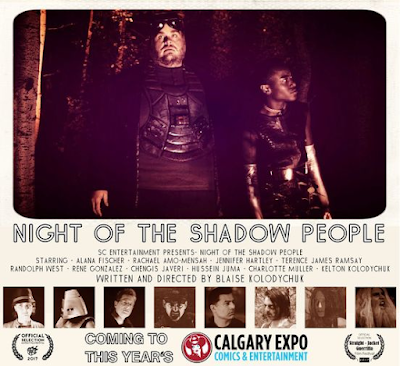 We were asked to screen Night of the Shadow People at this year's Calgary Entertainment Expo. So we were looking forward to that. I had given up on having a table there at this point, but I don't mind screening films!

The day before the screening I got a call telling me my little brother had overdosed and died. It spun my already fragile mental health out of control. I had a pretty nasty year after that point.

The next month I spent hiding in my room making a record about my brother.

I spent the rest of the year basically being very grumpy and anti-social to a unbelievably high degree. Working on the Nandi Bear Tenant Movie and editing the movie I made with Suzie, You can see "The Signal" here: https://youtu.be/Fr-bX6POgek

I finally finished the cartoon around Halloween. It is actually pretty amazing.

By the end of the year I had successfully pushed away anyone in my life that cared about me at all. I knew it was time I started to make a change.