Well the first little part of 2020 was promoting and getting very excited about the Ghost Tank.. we had a premiere and everything... like a few weeks before everything shut down for Covid. 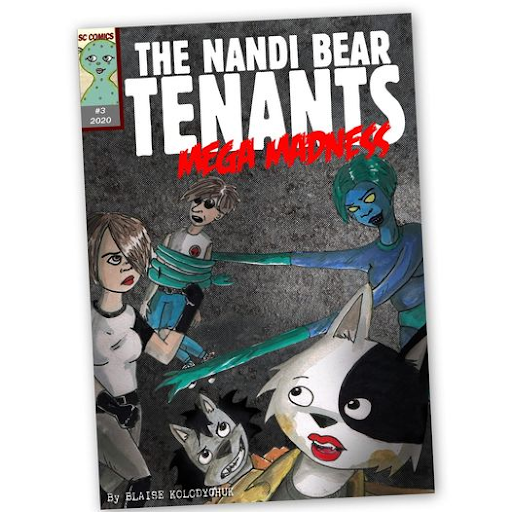 Then there was covid... which still continues while I write this post. Global pandemic. No fun. My work was shut down, so we did school from home. I was convinced it wouldn't last past the end of the year. I was mistaken. I had some time alone, so I came up with a few projects I could do. The first was to release a 3rd Nandi Bear Tenants Graphic Novel. Based on the movie, and mostly using stills from it, so it was fairly easy to put together. The thing is I had so much fun making this book I decided I should spend the pandemic making another new double length graphic novel. So as soon as #3 was done I set to work writing #4, The Return of Super Punk.

Then as I started working on that my mum got Covid. She lasted a few weeks but it ended up killing her. It was a very surreal event, and losing a mother isn't fun. I miss her a lot. We still haven't had any sort of memorial service for her. It makes me feel very weird. So the summer was spent thinking about mum and making comics.

During on-line school, one of the things I did was record a bunch of songs for the toddlers and kindergarten kids that go to the school where I work. It was lovely and the parents would send me videos of their kids dancing around and singing while watching me play the songs. I have always sang to the kids at school, but filming it and watching them watch it at home was inspiring. I decided to make a new kid's show. Not space station zero this time.. something new with lots of different segments and things.. more like sesame street with short cartoons and films. Lots of puppets. I taught myself how to make proper puppets and made a bunch.. I really figured we could film in a few months while I made all the puppets and other preparations. But the pandemic kept going and going. I decided that the star of the show would be Beth the Bunny, played by the same Beth who was Beetrice in the Ghost Tank. 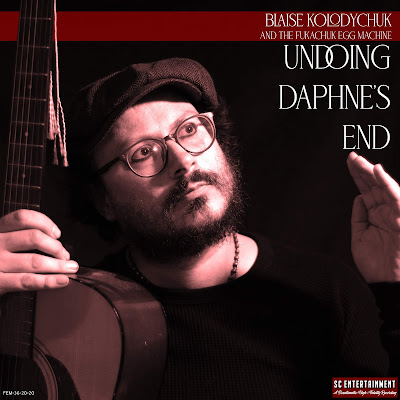 Meanwhile I was working on a new album, this time trying to put together a lot of things that had happened over the last year, including my mum's death. That was released in the summer.

I was hoping to have the new Nandi Bear Tenants book out by Christmas, but it was too big and too good to get done by then. And Rabbit Ears, my new kids show was still waiting to be filmed by the end of the year... no one could get together because of Covid.. so we just waited. I got a lot of stuff ready to be made into Rabbit Ears, but the closest we got was a few Christmas songs.. it was I guess the first official Rabbit Ears release. The coming year would be nothin' but rabbits.