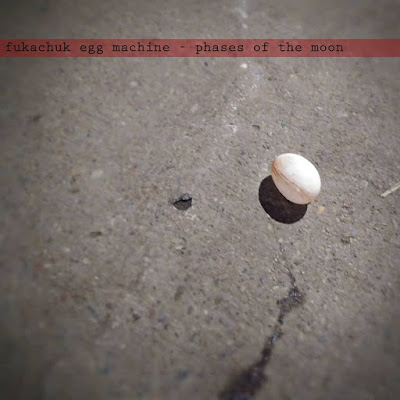 Since I was feeling so 'great' I thought to go along with my new therapy, and upped meds dosage and everything else I was trying to do to save my own life and help the people around me by not having to deal with my problems... I would make a brand new fukachuk egg machine record.
I hadn't made an actual fukachuk record since 2015. After that I became something else to try to fix what was happening to me... I became Cashew Body. Anyway, it didn't work, and I figured I should resurrect the world of fukachuk egg machine. Something I knew so well for over 20 years. Anyway I worked very hard for about 3 months and released Phases of the Moon. It was pretty excellent, and did what I needed it to at the time. I think I started getting better.
Have a listen: 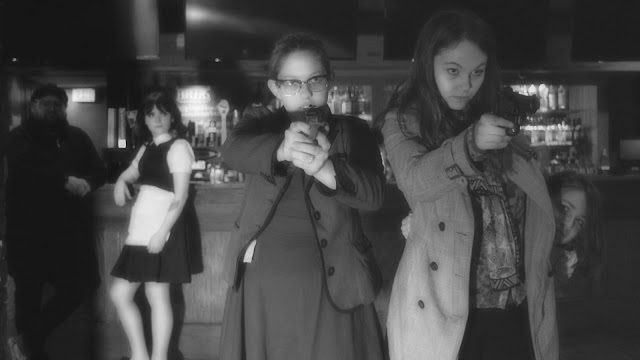 The rest of the year was spent writing the script for, getting funding for, and ultimately completing  'The Ghost Tank' A new film that was my response to my brother's death.. I was trying to make sense of life and death and afterlife and what happens to a person when the die... how a story can continue and the end isn't absolute. It was important to me to make this movie, if only for my own sanity. It had a female detective duo to take the place of Beefart and Cheenkaw... Terence had told me he retired from acting, so this seemed to be the natural progression. I got one of my old students who was now like 18 to be Beetrice, and our old dear friend Jennifer 'Dorriss doom, Simeon the robot, etc.. etc..' Hartley to be Charleenkaw.
It's a beautiful and excellent movie. My old friend Fran who was first seen in the 2003 film 'The Pet' came back as the lead. She had been in South Africa for a long time and it was always a bad time for her to be in my movies. Suddenly she was in Calgary and the time was right. She's an excellent actress and I was very lucky to have such a great team. Old favourites like Rene, Chengis, Johnny Auchie, and my dear friend Randolph were there, and I'm very proud of the effort. It did very welll and to date has been viewed over 12,000 times on the internet.
In October I played a very rare live fukachuk egg machine show at Blind Beggar Pub. It went really well. I'm glad I got the opportunity.