So I think one of the first things we did this year was to go out for a drive in Terry's car and shoot the video for daddy's Pants in a secluded parking lot. Probably don't watch the video below.

terry and Johnny Auchie started making some music under the name Art Prostitutes. I was originally asked to join the band, but after I made fun of the name they said I wasn't allowed to make music with them ever again.......   https://artprostitute.bandcamp.com/ 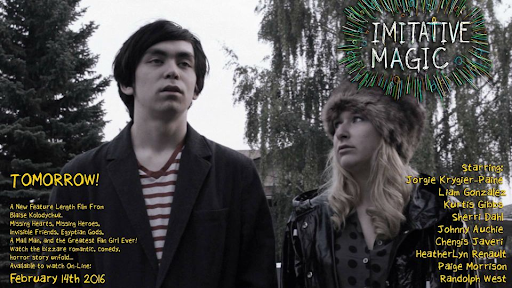 Then there was a big build up to Imitative Magic being released on the internet, and it was one of the more successful promotions in our history. People seemed to really care about it!
With Imitative Magic done I set to work straight away on my next project, which was 10 times as 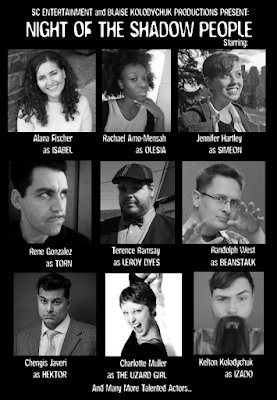 ambitious. I wanted to make a 100% sci-fi movie that takes place on another planet, with almost no budget whatsoever. After several versions of script ideas I settled on Night of the Shadow People. using the idea of Shadow People from stories my brother would tell me when I was a kid. One of the most important things I wanted to accomplish with this film was to have one of the main characters be a robot. It wasn't going to be easy, but I didn't worry about HOW I would do it until after the script was written.


In the mean time the radio station did a Electric Oinks feature special show... it was pretty nice of them to do it, and it was ridiculous. Listen to the whole thing here: 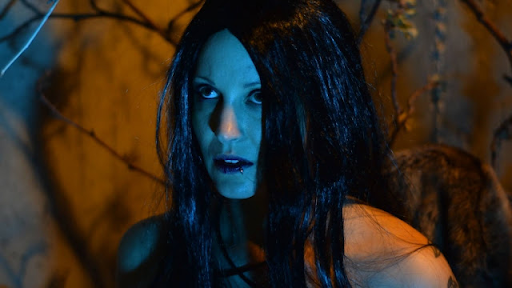 Most of the rest of the year was literally making this huge production. All the costumes and props and sets... everything had to be made because it took place on a different world... it was wild. We got some really amazing actors and actresses to be in it, and we spent a lot of time running a fun raising campaign. The budget ended up being a couple thousand dollars.. which for us is astronomical! But still not very much to build a movie this epic. 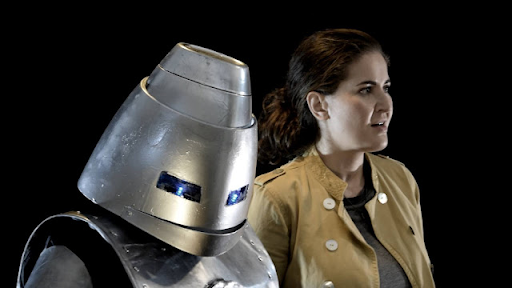 The movie took up so much time that I didn't even make a fukachuk egg machine record that year!

But after months and months of very very hard work the film was done. And the first thing I did with it was to have it available at that year's Calgary Comic  Holiday Expo.

Honestly it didn't sell well.. but I guess no one outside of my friend group really knew about it. 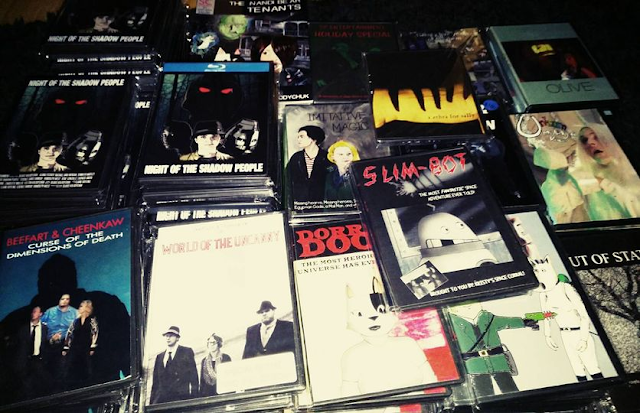 Night of the Shadow People would be released to the internet for free the following year...
History of SC Entertainment