Happy belated new year and other such nonsense.

Can you believe it has been 9 months since I sent out an SC Newsletter?! I guess I have been very busy with a lot of unrelated nonsense. The important thing is I'm back. Back on the attack.
Biggest news is that I am in pre-production on a new live action feature length film!! It's about time!
As you can see from the very exciting promo picture above it is the debut of the amazing crime fighting team of Beetrice and Charleenkaw! Me and Terence retired from crime fighting.. what did you expect would happen? 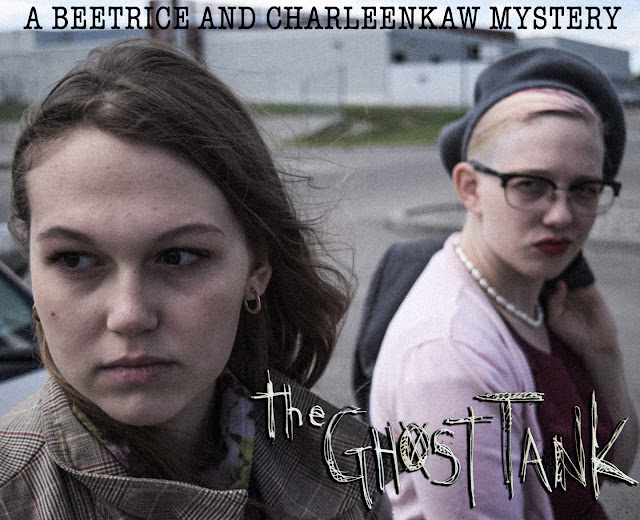 Anyway, In 'The Ghost Tank' People are being murdered all over the city, however one special victim named Pete is different. She got pulled back to Earth by way of the brilliant Ghost Tank machine, created by the  genius scientist  Lacey. Once Beetrice and Charleenkaw are put on the case things start to get crazy. They soon find out the murderer is a serial killer who was killed in 1984, and is being controlled by a being from the future!!!
By using the Ghost Tank our heroes travel back and forth into the Ghost World to try to solve this bizarre mystery. Blood! Guts! Lasers! Ghosts! Zombies! And a bunch of other absolutely amazing stuff that barely makes sense! Basically, you will want to see this movie.

Sounds great, doesn't it? I think so. And the cast is amazing! We have Fran Van Rooyen in the starring role of Pete, Randolph West as the brilliant scientist Lacy, Jennifer 'Dorriss Doom' Illanes as Charleenkaw, and amazing newcomer Beth Murray in the role of Beetrice. Don't worry, Chengis Javery, Johnny Auchie, Sue Kenyon and Kelton Kolodychuk are all back in fabulous SC form! Plus a pile of other amazing people you will be thrilled to see!

Anyway, clearly I'm setting this up so you will want to help fund this thing.. because it's the best idea I have had all day. 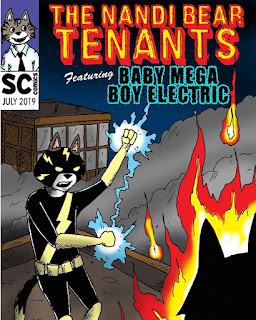 In other news you can pick up a new Nandi Bear Tenants comic by e-transferring me $6.00 and your mailing address to kolodychuk@gmail.com!

This was a specially made comic to help support Oliver's vet bill earlier this year.

It is Oliver's first adventure after becoming the amazing Baby Mega Boy Electric!!

Watch as he faces off again the villain from the sun, Sunny! 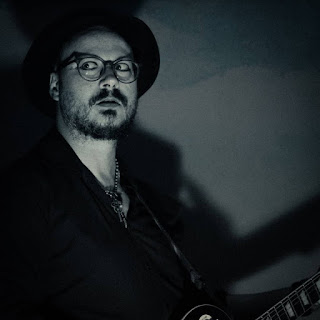 And finally Fukachuk Egg Machine has been asked to play a special rare live show at the Blind Beggar on October 5th.. So make sure you save the date! It's something you definitely don't want to miss.