A review of Death of a Galaxy 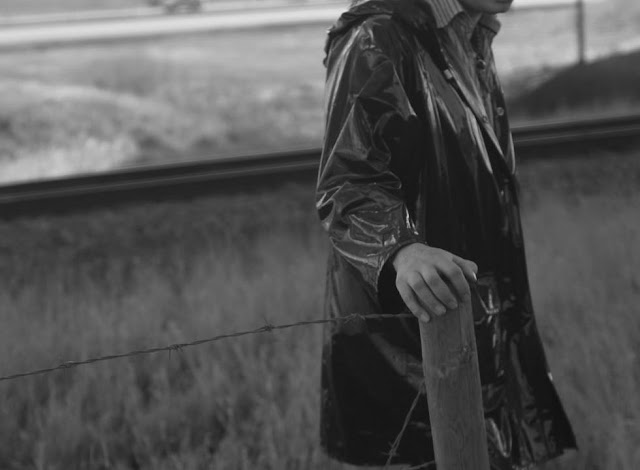 Death of a Galaxy - Cashew Body

We were out at Blaise's Dad's acreage somewhere in rural Alberta. The place is full of things his Dad has collected to fix, or to use to fix something else. There's a field full of cars and assorted vehicles all some way into the transformation between junk and running. He can build you a bike out of the bits of other bikes lying around in the grass, and he does. There are children and animals running around, and dubious smoke coming from whatever just got thrown in the firepit. Blaise's uncle, with one hand missing, throws fruit snacks at you, everybody gets a packet. Blaise's dad puts cinamon in the coffee and grins, so excited to see if you can guess what it is. Later on, the kids come running into the house.

"It's so clever," says Blaise. "It's not Cashew, it's a Cashew body. The part that was Cashew isn't there any more, but there is still this body left there. There's something so true about it. It's horrific, but it's just a fact."
Death of a Galaxy is the first album from Blaise Kolodychuk's new solo electronic project Cashew Body. Even Blaise has trouble explaining why this music isn't Fukachuk Egg Machine, the epic horror-diary that encompasses all his solo recordings from 1998 to 2015. "It is an extension of Fukachuk, it has the same characters," he says "But it is a whole other universe than Fukachuk." The Frog Man, and his bottles of tears, turn up in Steam Street, and the Lizard Girl has gone missing again in Shoes are South, "I miss her and her lizard friends." There are other old themes: boots that stomp, factories, bondage, mouths stuffed with foreign objects, basements, women being asked to clean him, women being asked to stop cleaning him, trains, wandering around downtown looking for something. 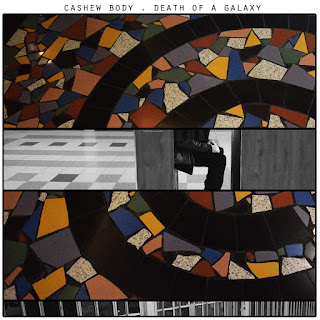 The album began as a Fukachuk record, starting with an idea of writing about a shopping mall, where the songs would follow the lives of the people who worked in each store, and the people who shopped there. As with a lot of Blaise's work, real life got too loud and overtook and reshaped that early idea, because this is music made out of necessity. It was a way to process and live through something, without breaking to pieces. But the shopping malls are still there. As Blaise explained it, "The name Death of a Galaxy comes from a Saturday morning cartoon I watched when I was a kid. But it's about how people can build their whole world around a small area of a place, going to the store, and all your memories are tied up with these places. Then they just demolish it and there is nothing to hold onto, people have to start again"
Midnight Madness is named after Blaise's memories of when Deerfoot Mall opened near his home in Northeast Calgary in 1981. "When Deerfoot first opened they had this thing called Midnight Madness where all the stores were open until midnight and you could stay there all night. "I remember me and my brother just driving my mum nuts so she let us stay there, and we bought tons and tons of Rubix cubes."
In Talk to Ghosts, Blaise sings to his teenage self. I told him I had thought it was about his daughter. "It's the same. She's so much the same as I was." Abandoned Stomp touches on Blaise's thoughts about ageing. "It's about how young people and old people are really looking for the same thing. Everyone needs the same things. And it's about how I've been lying to people, how I make them think I am something exciting and how they need to pay attention, but I'm lying." It's a song about thriving on sexual power in everyday social situations, with a blissful pun about flies and zippers. Musically, this is classic Blaise territory. It's electronic, with fuzzed-up guitars and whining, puking synths. At times, it moves into throbbing industrial noise, while other tracks tip into nocturnal disco for swaggering down the street to. Like Looking for Lizards, Blaise made the music while he was waiting for Depeche Mode to release their new album, and there is a flavour of sonic wish fulfilment to it. This is catharsis - sound to burn away the dead matter, smash through walls, and climb up above the clouds of smoke and dust.

The album swings between anger - at other people, at heartless politics, at the world in general - and self-loathing. This is the voice of someone so overwhelmed by memories and the process of sifting through his own mind that any attempt to interact with the world beyond him is doomed. Vicious outbursts and animal attacks interrupt efforts to be okay. Justified feelings are covered with masks, over and over. Throughout the album there are references to the idea that to "fix it up with magic words" is only a temporary solution, if it's a solution at all. The album's moments of happiness centre on bonding with someone in the escapist act of pretending to be something, together, or in the peace of keeping quiet and walking through the a shopping mall.
Jokingly, I pointed out to Blaise that there wasn't a single song on this album about making sandwiches, a fixture on his last few records. "I was too depressed to eat," he said.

You can download the album now for free:
https://cashewbody.bandcamp.com/album/death-of-a-galaxy