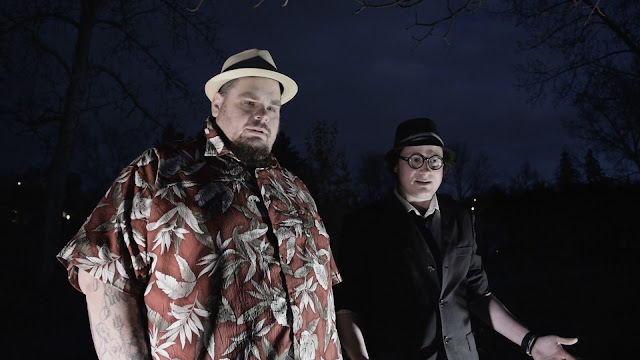 2017 was definitely a hard year in the world of SC Entertainment. Not really as far as output, because I did lots.. but more as in everything seemed to take a huge effort to get done.. or the project was generated by some sort of diabolical need that arose from some kind of weird or horrible event. Or I was sick or in the hospital or something awful like that. Anyway, here's hoping 2018 cuts me a bit of a break.

2017 started off with Cashew Body. A new music project born from fukachuk egg machine. basically it is exactly the same but with a different name, and at this point I don't actually consider them separate at all. It is a pretty amazing and miserable album, born from lots of terrible things that were happening at the time.

From an interview:
We were out at Blaise's Dad's acreage somewhere in rural Alberta. The place is full of things his Dad has collected to fix, or to use to fix something else. There's a field full of cars and assorted vehicles all some way into the transformation between junk and running. He can build you a bike out of the bits of other bikes lying around in the grass, and he does. There are children and animals running around, and dubious smoke coming from whatever just got thrown in the firepit. Blaise's uncle, with one hand missing, throws fruit snacks at you, everybody gets a packet. Blaise's dad puts cinamon in the coffee and grins, so excited to see if you can guess what it is. Later on, the kids come running into the house.

"It's so clever," says Blaise. "It's not Cashew, it's a Cashew body. The part that was Cashew isn't there any more, but there is still this body left there. There's something so true about it. It's horrific, but it's just a fact." 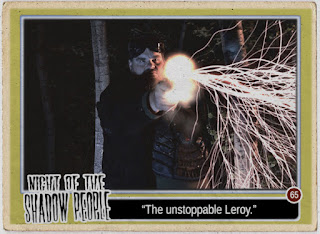 I believe the next thing after Cashew Body that happened was that I released the feature length Sci-Fi masterpiece "Night of the Shadow People" to the world on-line. Even though it had been shot and completed by the end of 2016, this was the first time most people would get a chance to see it. It was a big deal and involved me creating a huge set of on-line bubblegum cards to go with the release.

I'm still so proud of this movie, I can't even believe I made it. I just wish more people would take the time to check it out. I did get a few movie theatre screenings at some film festivals, but none where I could go see unfortunately. I would love to see this film in a theatre. I think it would be amazing.


Then I decided to do too much. 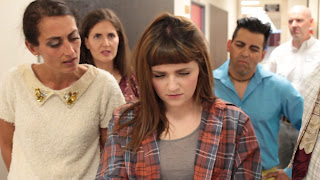 In 1981 my brother Lafe, (who I learned everything I know from, and is basically the greatest person who ever lived) started making a series of horror films called 'My School' About the vicious killer Kevin Markson and his evil Teddy bear. I grew up watching them every day and they are basically part of my DNA. It was a 10 part series of films. In 1993 part 10 was completed, however there was a problem, he never made part 9. 24 years later part 9 still remained un-made. I decided to complete my brother's vision and make My School 9. It's not that it was any bigger than any other feature films I had made before, but at the same time I also was doing art and film summer camps, and I had finally decided to make the sequel to the Nandi Bear Tenants graphic novel from 2014. And I wanted to get everything done by at latest Halloween. I thought it would happen.

So I got to work. My school was so much fun.. what an amazing group of people. And I completed 2 successful indiegogo campaigns as well.. one for My School 9 and one for Nandi Bear Tenants.
We shot My School at the school where I work.. it was empty for summer, so we had the place to ourselves, including the cool underground tunnels and creepy boiler room. I couldn't ask for more. 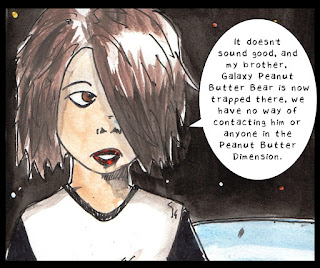 I also got started on the new book. the story was great, more complex and lots of cool new characters. It was a bit longer than the first one as well... but no problem. I'm Blaise Kolodychuk. In between teaching classes I was making horror movies and drawing lots of super hero cats. Then my dear friend and collaborator Suzie came at me with a plan to do a sequel to the first film we made together Rubicon. This time it was going to be called Tabula Rosa, and take place after a plague in a post apocalyptic world.. I was super excited!

Then I started to get sick. Next thing I knew I was in the hospital getting my appendix sawed out of me... then stuck in bed for a couple weeks, then I got some nerve damage from the surgery so I could barely walk for a while... I still haven't got that totally sorted yet. Then I kept getting sick.. then my punk rock stomach problems came back with a vengeance. Anyway, the last half of the year I have been dragging myself along like Bo-Bo had got me. 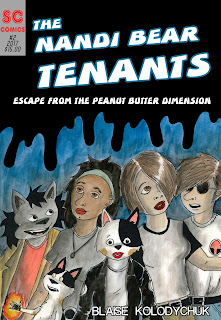 However, I finished My School 9. It's awesome. We had a successful premiere screening with a lot of very wonderful people. The big news was that my brother Lafe was thrilled with the movie and seems to have been inspired ever since with a million awesome ideas.

I finally got the book done. And I can't even describe how happy I am. I am so proud of this little work of art. even though I still haven't got my own copy yet (I have been told it's in the mail......) But it is beautiful and I love it, and I realised how much I love being an artist, and how much I love making comics.

Get it from AMAZON here!

We started shooting Tabula Rasa, and it's crazy beautiful so far... we haven't finished shooting it, because basically my body and mind fell apart in the last month and a half. But it's going to happen, and soon. It's a great script.. and one of my favourite things in the world is working with Sue. 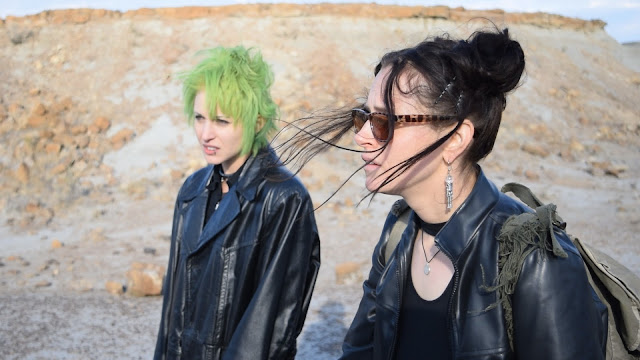 So that's where I ended the year. Some new movies, and a beautiful new book.

My School 9 - The Reunion

Now available! In production since about May this year, this monster project is now done, and I couldn't be happier with the results.. please enjoy!!


Kevin Markson returns in this chapter of the My School saga to kill all the poor people who showed up to his old Elementary school for what they thought would be a fun school reunion. It quickly turns into a massacre when the demonic Doom Bear Eugene and Kevin show up unannounced!

The cult My School film series was completed with part 10 in 1993. Unfortunately, and strangely, part 9 was never made! And for 24 years it remained a hole in the story of Kevin Markson. I was given permission from My School creator Lafe Travis to complete the very strange and bizarre tale of Kevin and his stuffed demonic teddy bear as they massacre anyone who steps foot in his school!

Clips from all the previous My School Movies: https://youtu.be/9_4C005r7tc

More info about My School from Lafe's website: http://yosemite-sam.net/MySchool/Lafe-Movies-Frame.html
No comments:

I plan to be finished drawing the comic by the end of November.. I Hope!! It's a lot of work, I set up a camera and made this time lapse of me completing one page.. it was about 2 hours of footage, but I sped it up to be about 6 minutes.. it's actually pretty interesting if you are in to that sort of thing.

Today is SC Entertainment's birthday. Born in 1983 when me and Terrence came up with a name for the things we were doing. 34 Years later it continues to be my reason for living each day. Here is a little video that contains a few frames from just about every movie we have ever made. You might need to watch it a few times to catch it all.

Anice is executed on live TV, Olesia has her first run in with a Shadow Person and Isabel, Simeon and Beanstalk finally have an audience with the Lizard Girl.

I'm making the long awaited sequel to a lovely book that has taught a lot of kids to draw, read and make their own comics. Please check it out and help support this project. Please share. Thank you so much! We have until September 5th 2017 to contribute to the printing of this new book. It will definitely be ready by the end of the year. :)
https://igg.me/at/nandi2/