Imitative Magic has a very large cast.
I enjoyed the colour tone of the film.
Nigel stood out, despite his minimal screen time.
Elaine’s vocals haunt this film.
I’m used to watching movies where people talk to ghosts.
I cringed when Cadence wore her boots on the bed.
The Chief of Police is a most memorable character.
I couldn’t hear the crazy masked guy very well in his first scene.
I wondered if Cadence and Bert fell off his bike after they rode off.
Cadence’s brother is so needed in this film.
The animation is so awesome.
I do not want to be like Bert’s parents.
My favourite scenes are the ones with The Mosquito.
There is some excellent creative editing in this film.
This film is nerdy and surrealistic.
It was good.
It was worth thinking about. 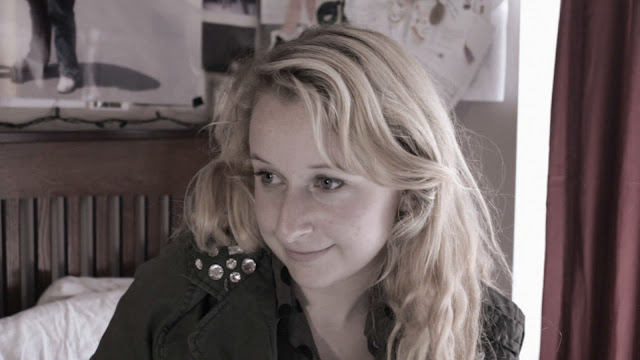 Vahini Govender is an artist and writer who lives on Vancouver Island Canada.
More info about her can be found on her website: http://vahinigovender.blogspot.ca/
No comments:

Imitative Magic will be avilable to watch on-line! 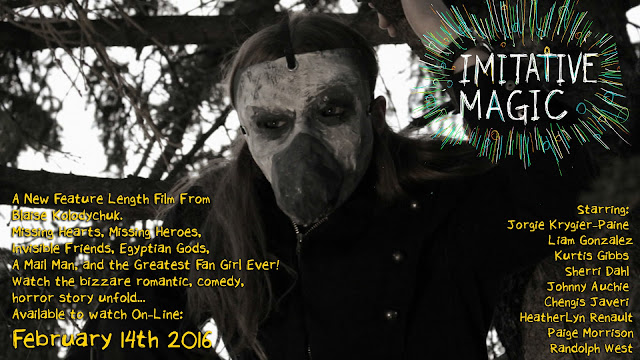 I hope everyone is as excited about getting to watch my new film as I am!
No comments: