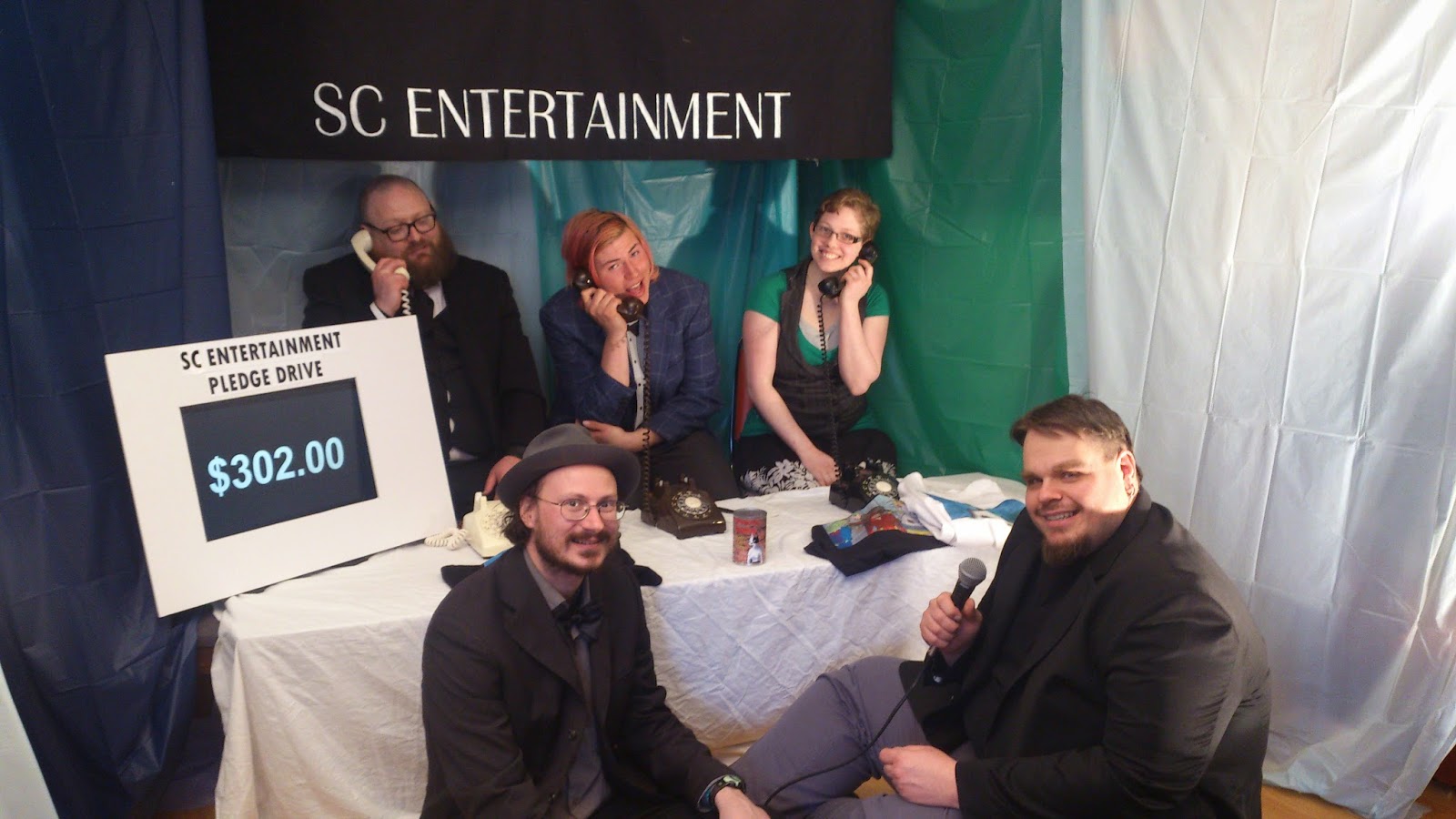 Today is the day! 31 years! Holy god! I remember when I turned 31, my friend Sue gave me a pair of grown up looking trousers. I wore them for grown up seeming things, but most of the time I just wore my ripped up old way too tight black jeans. Absolutely nothing has changed, except I promised myself I would never ever again be in a situation where I couldn't wear jeans. It limits my work choices, but makes me happy. It's kind of the same as SC in every way.. we do stuff that isn't necessarily accepted by the mass public, but it makes us happy.. it also limits how many people see and hear the things we do. I'm not sure if I would want to do something that appeals to such a broad range of people that I would make a lot of money from it. Maybe I would.. who knows.. theres a lot of quality stuff I like that appeals to the masses. Doctor Who still makes me feel weird.. it used to be like I was part of a special club or something for the tiny amount of Canadians that obsessed over doctor who... but now it's a worldwide phenomenon.. how the hell did that happen? But I still love it.. at the same time though, it is different than it was when I was a kid on various levels... hold on.. why did this turn into a post about Doctor Who? Anyway SC! If SC Entertainment has taught me anything, it's that I have very few friends, but I have piles and piles of people that would drop whatever they are doing to help me make a movie or something.. I live a strange life where most of my social interactions with the world revolve around if I have a good idea for a film or not.

I am getting off topic again.. though I don't know what the topic is.. so it's fine. I don't have anything planned to do today.. it's a bit weird. I will probably see Terence this weekend to make a short film (Another weird SC thing where I don't really understand how people work, but I know if I like someone I will make them something.) I have huge plans for this fall that I hope will turn out well.. I need to write like 10 scripts, and start pre production on a ton of things... I have spent all week recording a rather bizarre album that I hope you will all listen to. I wanted to have it done today, but it's not.. so I will just release it when it is. I spent the summer drawing a comic, a rather astonishing comic that I am very proud of.. a ton of people gave me money so I could get it printed properly, and now it is on it's way to me somewhere.. I am terribly excited, and makes me realize that 31 years ago when me and Terry were sitting around as 7 year old kids drawing comics and having fun.. that we are basically the same today, and the same principals that we founded SC on.. that of making the thing you want, with little to no money, to make you and your friends happy and get the chance to tell stories and invent worlds.. all that is the same. And so many hundreds of people have joined us over the years, and made things with us, and for us, it makes me very proud that this is the life I chose for myself.. I'm going (gone) over to the last half of the time I get to spend on Earth. No regrets.. not about SC.. thats for sure. We make interesting things, and we do it for the right reasons. And it's okay if not many people ever get to know about it, because who knows... time will tell. It's important stuff either way. Thank you to every single one of you who ever helped us to make this tiny TINY part of the universe slightly more exciting.

Things you can do to celebrate!

If you haven't, please check out the full SC scoop when you have a chance:
http://youtu.be/kR2Ag8vj_4o

Watch our last feature length film.. it's a humdinger of a wallop:
http://youtu.be/wX5yo7DPAqY

Check out my latest animated tale of pure AWESOME:
http://youtu.be/GIlj-suKN1Q

See you next time,