The Electric Oinks reunited to make an insanely bizarre and twisted new record called Secret Eyes. It was an instant hit and made all the young girls cry.

Meanwhile I was having a pretty nasty first part of the year and recorded a new fukachuk egg machine record. It is pretty angry and bleak. And definitely not something I listen to very often any more.


The good news is that I finished up work on World of the Uncanny, and it was amazing. Tons of crazy hard work paid off, and to date, at least as far as youtube views go, it is one of the most popular things we have ever done. 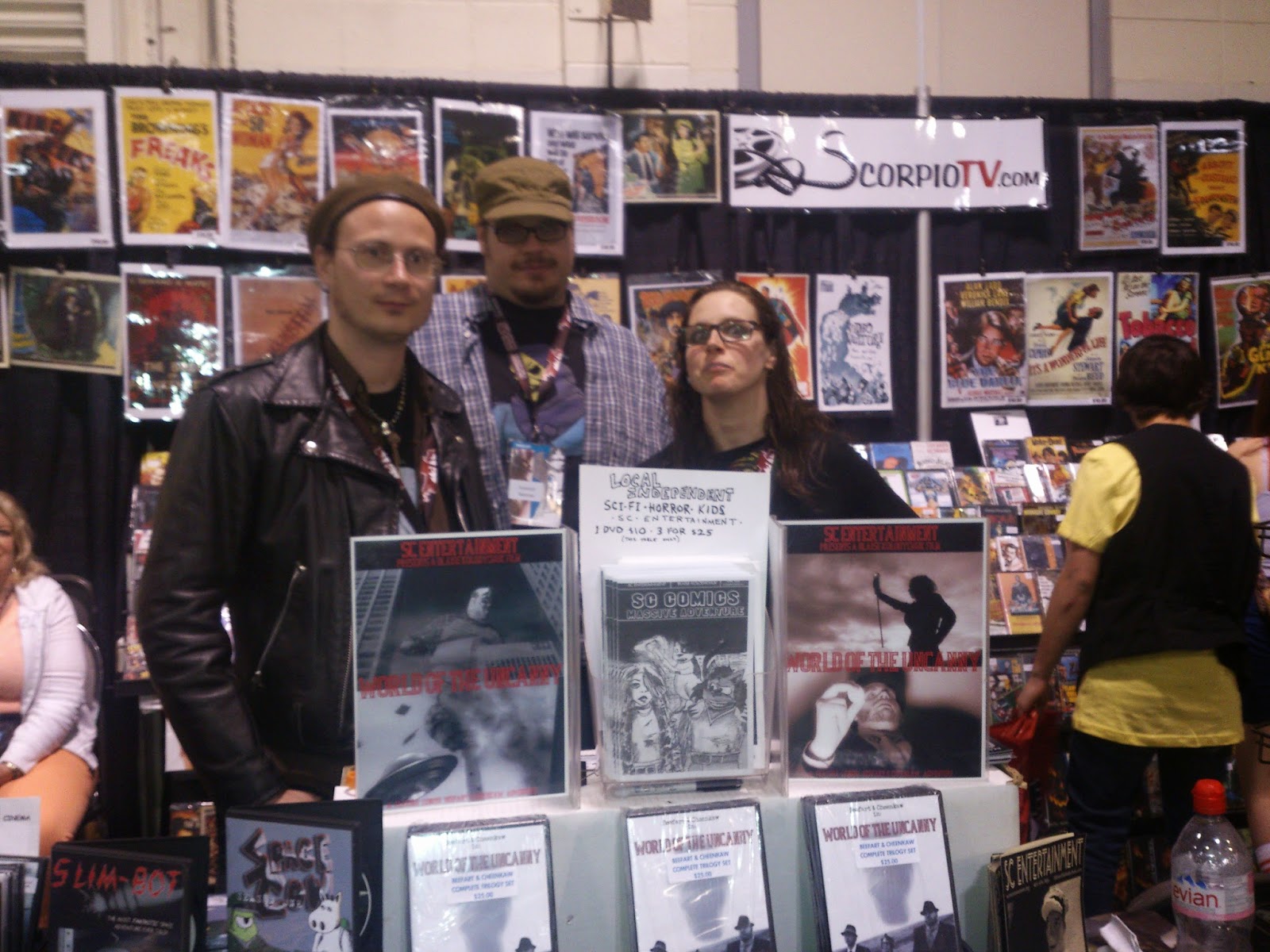 That year at the Comic and Entertainment Expo, we were invited to hold a discussion panel, show a short film about the history of SC and do a question and answer thing about making movies and stuff.. it was pretty cool. And we met the talented Jennifer Hartley there. Watch it here:
http://youtu.be/JsbWAhl8jBI

That May me and Elaine finally got married in Terry's backyard, surrounded by friends, family, flying saucers, and monster tentacles attacking us from massive paper mache craters we spent weeks building. 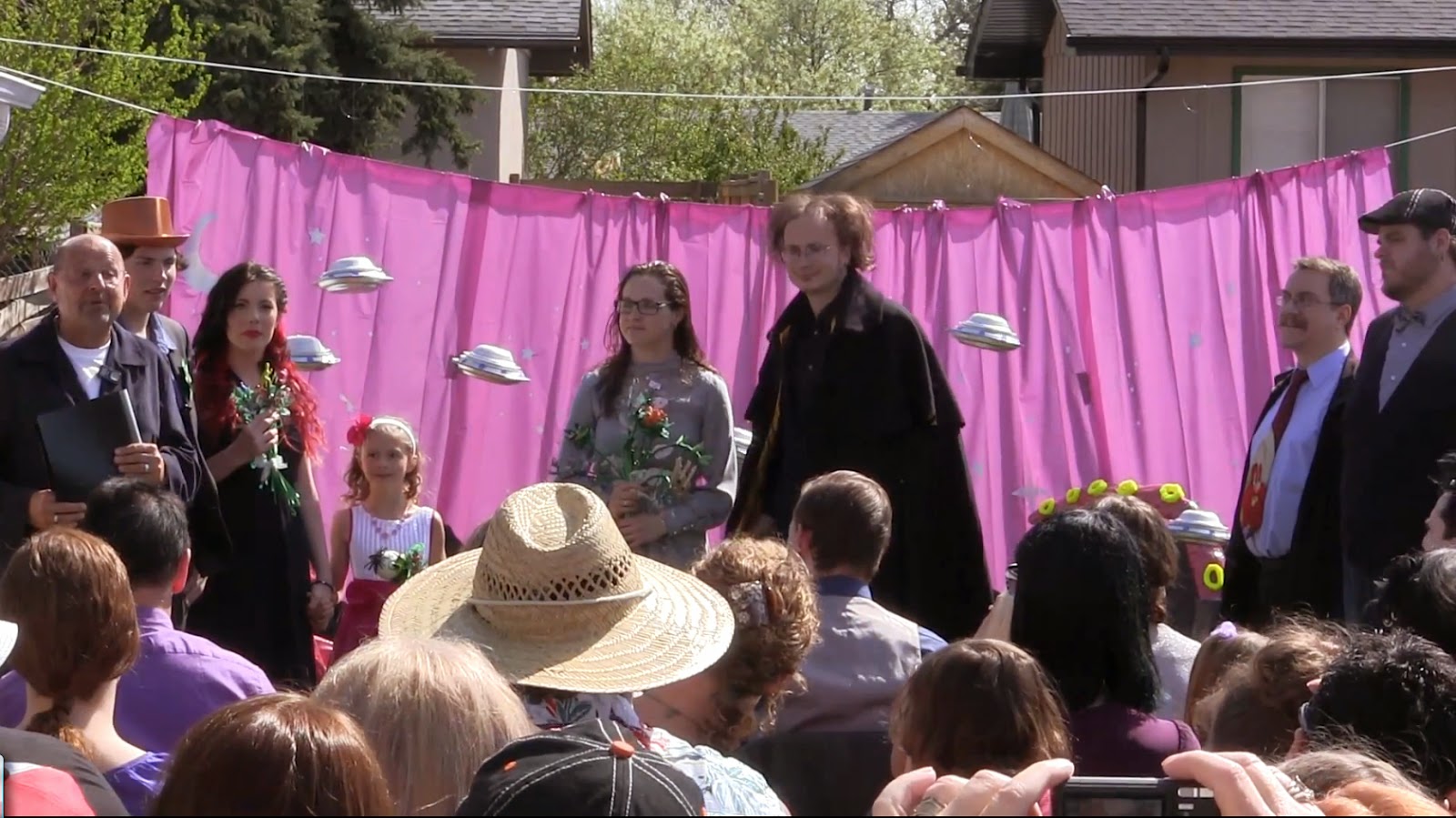 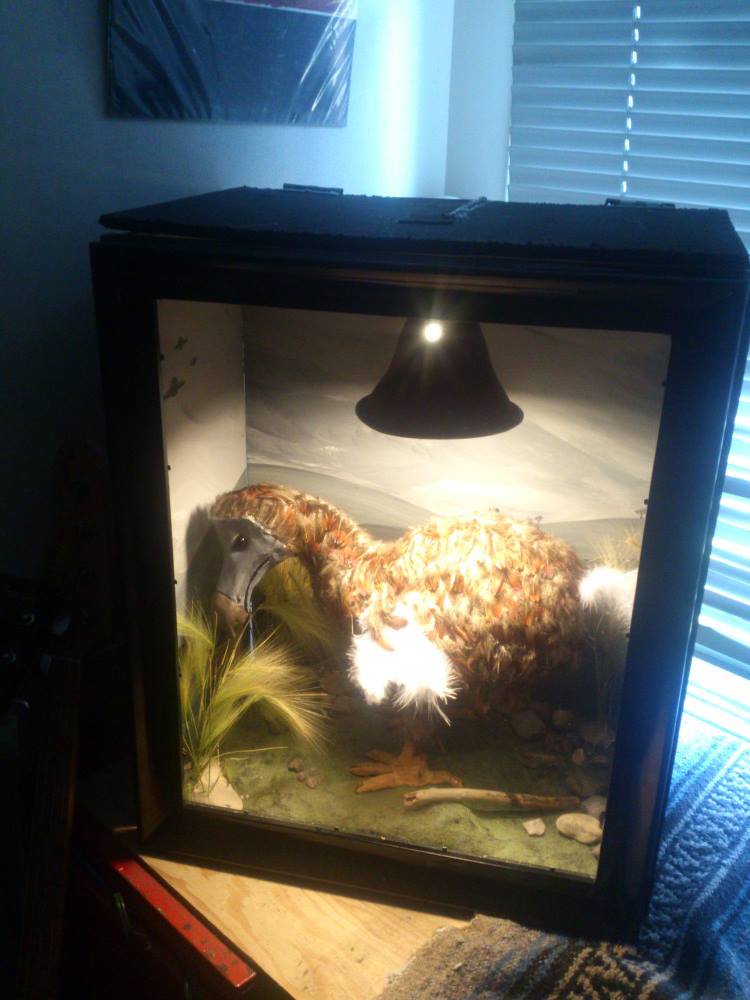 The summer produced a short film written and directed by my daughter Miette.. it is kind of spooky actually. It's called The Petal: http://youtu.be/fCk7SFj8i7k

I also spent a lot of time back in Britain, and discovered that Scotland is my favourite place ever. When I got back to Canada, I spent the rest of the summer building a huge sculpture of a Dodo in a box... It is actually really cool. The rest of my time was spent preparing for the super exciting SC Entertianment 30th Anniversary festival that was to take place at the end of August. I had gather some of my friends who made music, as well as Fukachuk Egg Machine, Dads with no Face, and the Electric Oinks. We were also to have film screenings and basically just a bunch of fun and celebrations.. my hope was to match the awesomeness of the SC 15th Anniversary festival that had taken place in 1998.. And it totally did. It was a great night.


After the Massive SC celebrations, I got back to work. I had decided to make another fantastic cartoon series, like Space Cow from years before. This time I would use other comic book characters from my past and decided that Dorriss Doom would be the main hero in a sci-fi adventure about defeating oppression. The cartoon was to be in 6 parts, and I got our new friend Jennifer Hartley to be the voice of Dorriss. By the end if the year the first two episodes were complete.