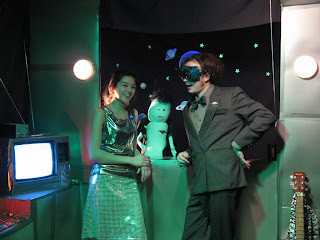 Space Station Zero! Yes, this was the year of Space Station Zero, where until the end of the year I was mostly just sitting at my computer editing and making all the various cartoons and segments that went in to Space Station Zero. It was a huge phenomenon, and it blew the collective mind of the entire galaxy. You can check out all the episodes made that year here:
http://scentertainment-films.blogspot.ca/search/label/2007

And they were really the only films I completed that year.. mostly because it was something like 300 minutes long all together.

I did have time to make one album however, and it was one of the best, and one of my favourites. The concept was strong and it made all kinds of sense to me at the time. You can hear 'Small Things" here:

Me and Elaine, though we were taking a bit of a break from making music together for no particular reason, still did the impossible and make a video for one of our songs featuring both of us. Keep in mind she was still living in the UK at the time and we had never actually met in person yet... Here is the video for Small Amounts: 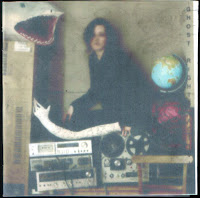 Elaine was also busy making her amazing double album 'Ghost Rights Activism' which to this day stands as one of her masterpieces. You can check out the website she made at the time here: http://scentertainment.freehostia.com/gra/gra.html

Elaine then helped me to write what I believed to be the scariest ghost story ever. I had been struggling with making a new feature film all year and trying to come up with some kind of consept that was surreal and strange and something that was very much about what I represented, and not giving in to anything else. In the end it was written by both of us and I am pretty sure it did the job perfectly. It wouldn't be done until 2008, but I am pretty sure it was entirely filmed in 2007. A Zebra For Sally would be one of my greatest achievements, and I nearly killed Terry with pudding! 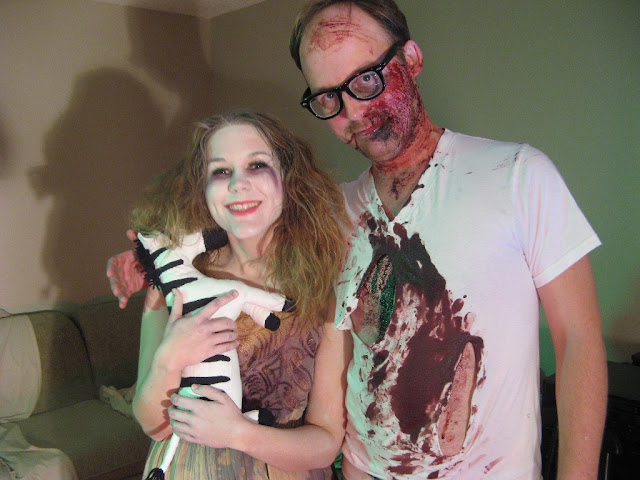