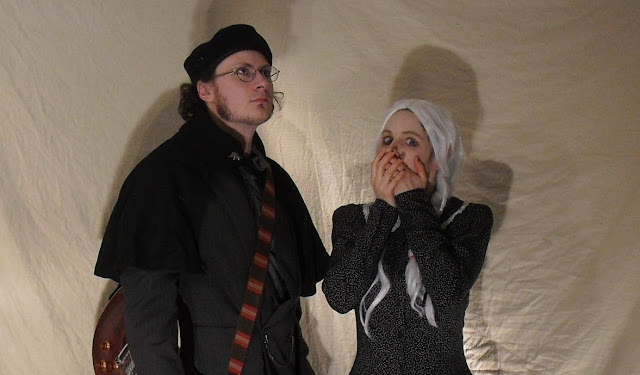 One of the first things I did in 2012 was to go to Britain, I came back and made some pretty exciting stuff.. well.. mostly I made a record, I had written all the songs while I was in the UK.

Also while I was in Britain I made a fukachuk film.. it was mostly just a video for one of the songs.


I also made a video for the song 'Spider Lizards', and other than a slightly bizarre short film I made one night called 'Two Sound' that is all the actual film I made that whole year.
But don't worry, I wasn't be lazy, not even a bit. 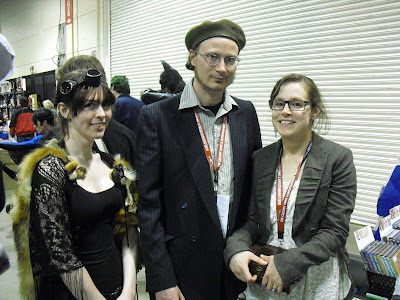 We went to the Calgary Comic and Entertainment Expo again this year, but it was over crowded and people were rude and angry the whole time, and Terry couldn't even get in. basically it was kind of horrible. At least we didn't have to pay for a booth, as our friend who owns a cult and hard to find DVD distribution place let us share his both so we could sell some of our stuff. Still though.. people were pretty nasty there that year.

It was the 20th anniversary of Dads with no Face, so a retrospective compilation album was made to celebrate the many loud and weird times we had as Dads with no Face...
That year me and Elaine worked very hard on an album that Elaine had been planning and working on for quite a long time.. I just had to get around to seeing how genius she was, and then I got to work also. The album was called the prehistoric disco, and I would have to say it is the definitive Dinojubilee record.. it encompasses everything that makes that band great.

Some time during the summer me and Terry and Elaine started having secret meetings around giant bonfires to work out a new and amazing plan for what would be Beefart & Cheenkaw's next adventure. The meeting were strange and filled with mystery.. so I can't really say any more about it.. but I got straight to work on making these things in to a reality. We even tried crowd funding for the first time ever to see if we could get a little extra money to make this movie.. and heck, we got almost $1000.. that is pretty sweet, and in SC money it is like $10,000.
Meanwhile me and Elaine weren't finished yet.. what do you do when you just made the greatest Dinojubilee record of all time? You decide to make a new band with electronic loops and droning guitars and echos all over the place, and you make a mega huge double album, half sung by each of us. We called it Lost Worlds... it isn't strictly not a part of the Dinojubilee universe.. but it isn't really Dinojubilee either.

I also started making a new comic called 'SC Comics Massive Adventure' and I was releasing it on facebook when ever I got one done. 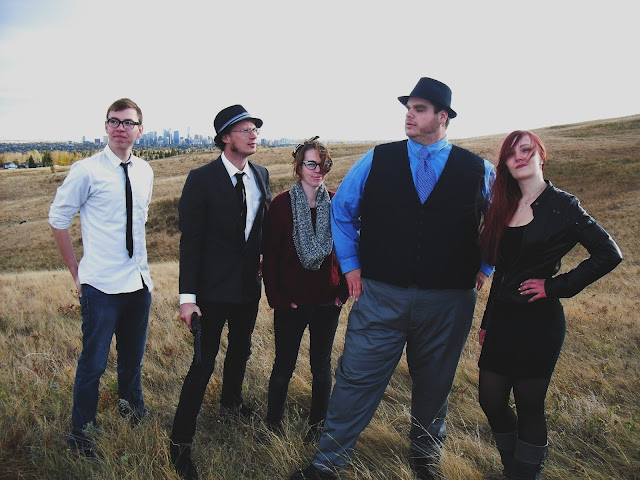 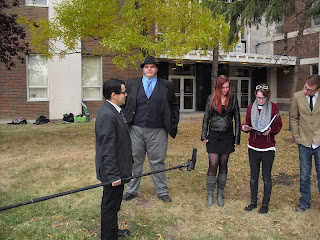 So I wrote the script for this new film and the whole time I wrote it I listened to the soundtrack from the 1970's doctor who story 'The Sea Devils' on repeat, and if you have ever seen that one, you will know what state my mind was in while I wrote that script. Basically it was awesome, and we got to work making everything and shooting this thing. Again it is a tribute to everything that had happened before, but it was something so totally new and different. We had new main characters, and diabolical new villains and it is kind of the greatest thing ever when I think about it, I can barely believe that we made it. We filmed it to the end of the year, but the film wouldn't be done until 2013.