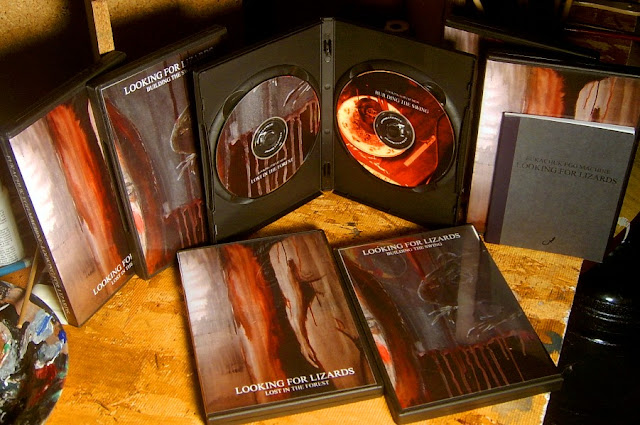 The first thing that happened in 2009 was this giant double album and book thing that I made. It was ridiculous and the ultimate in fukachuk gloom. I was again living alone in a dark basement doing nothing but obsessing about every detail of the things I was making. It made for some pretty astonishing art actually.


I made a bunch of videos for this album as well.. 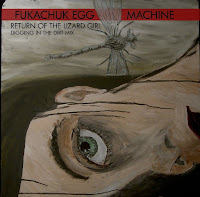 Shortly after the album was done I also made this EP 'Return of the lizard girl' It had re-mixes of some of the tracks and a bunch of new songs as well. It was given away at a special event in one of the clubs on Calgary. 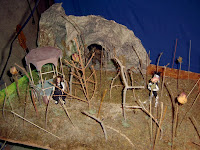 I then started to make my stop motion fairy tale masterpiece called 'Olive' It would take me over a year to finish, and I would make everything and do everything by hand, it was kind of unbelievably beautiful, and evolved in to something even better. I made so many sets and models and took thousands and thousands of pictures, I had never taken on a task as big as that before.. but I managed to keep going with it, despite multiple things that could have stopped me.

There was one new issue of SC Propaganda this year.

Then at some point, me and Elaine moved into a little basement apartment of our own, and the whole feeling of SC Entertainment kind of changed very quickly. It went from being a place of loneliness and doom to a place of ridiculous comedy and weirdness.

Example one: We made Unicorn making a video. It was Elaine's film, and has become one of the most popular and beloved things SC has ever been involved with.

Example two: I wrote and produced the first Beefart & Cheenkaw solo movie, which was an unbelievable success.. and probably one of the most clever things I ever wrote.. Beefart and Cheenkaw had been solving crimes in SC Calgary for like 15 years at this point, but never on this scale of ridiculousness. Me and Terry would continue with these films for years to come.

And finally, me and Elaine started up a new band, and band called Dinojubilee. And it was about bright colours and costumes and discos and dinosaurs and cats and breakfast food and 1950's sci-fi and the pioneers of the west. Basically it was amazing.