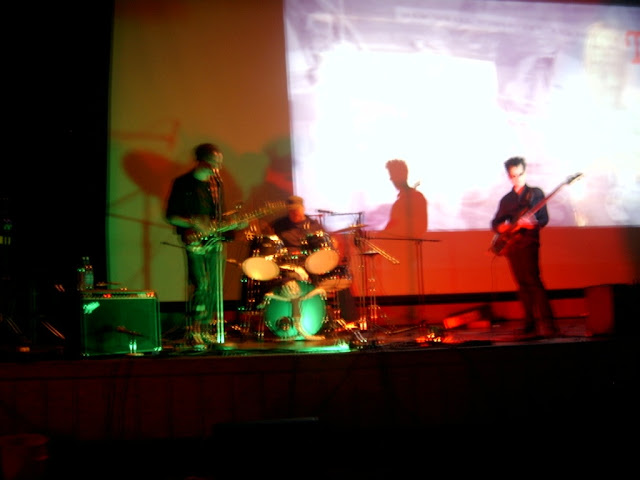 Another year of tons of stuff being made. I might as well just list what happened and go from there.
Music.. in the land of fukachuk egg machine I started off with a live album and movie combo.. the songs on that record and dvd were probably the most vivid descriptions of horrible incidents that I had made up in my mind that had ever happened. Check it out here:  http://youtu.be/WIXBsAVMaqk
Or listen to it here:

After that I made the album 'Wooden Implant' it as pretty grim as well.

Me and Terry and Scott got back together for a special gig, and we called ourselves The Bloody Somethings, but we were just doing the same old songs that we had played a thousand times in the 90's.. it was crazy fun.

This was also the year that Toc Choi became a reality.. he kind of grew inside my stomach and clawed his way out of me pulling out lots of my insides with him as he went. I probably shouldn't talk about it much further for fear he might still be out there somewhere listening... I will just let you hear for yourself...


And if you are really brave you can even see what he looks like:
Cough drop box
Sack of meat 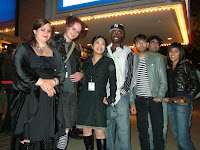 I finally finished the epic film Out of State, and it was premiered at the Calgary International Film Festival that year.. pretty exciting stuff. Check out the film here: http://youtu.be/gWo5CKC_cb0

My film Phaedra's Room was nominated for an Ampia award, and I went up to edmonton for the ceremony thing.. I however lost.

That was also the year I made Space Cow, which was an animated series about one of my very first comic characters.. it was pretty seriously involved and took a long time, it was all hand drawn and I taught myself how to do everything as I went along. All in all it was a great experience and I think it turned out great.


That year I also started making the print version of the SC Propaganda magazine.. it gained a lot of popularity for a few years.
October 2006
December 2006
History of SC Entertainment