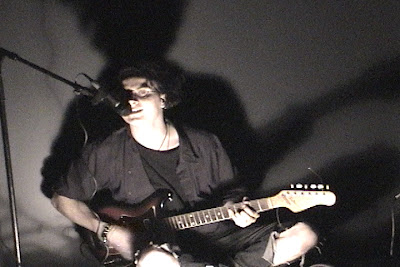 2003 was another pretty dark year for fukachuk egg machine, the album was called 'The Town Fair' and it was almost as grim as they come.

There were two fukachuk egg machine movies that year to support the two live shows that took place. Room number Four and The Pet.

I also was working on a stop motion animated series called 'What the Bunny Saw' that was to be included on a DVD compilation of short films. I also made another new short film to include on the compilation, it was called 'The Head' and it was about alien abduction. A topic I was increasingly becoming more obsessed over.

This is the year I finally started to edit on a computer for the first time.

I had started film school this year, and me and Elaine had decided to start making music together again near the end of the year, and finally become Death Ray Gun.
History of SC Entertainment