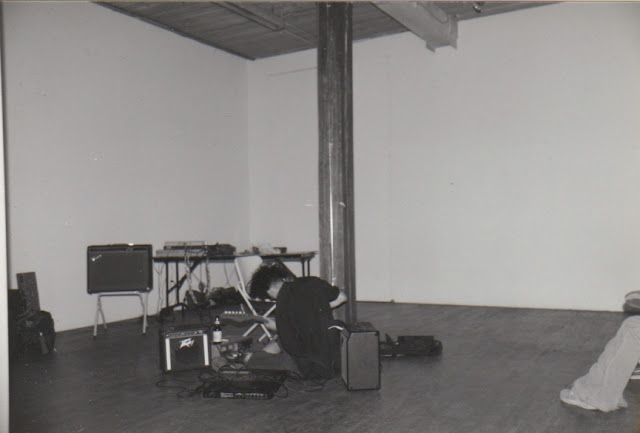 A couple of things happened in 2001, I made a record that took me all year to record, it was a double album, that I eventually decided to cut down to a single album. It was called the box, and it was about being trapped in certain life decisions and not being able to escape. It was a pretty good record.

Along with this album I made a movie to project while I played it live at a local art gallery called the new gallery. This was the first in a long line of what would be fukachuk egg machine movies.
You can check it out here: http://youtu.be/_BXeQhmb6eU

The other thing that happened that year was the pretty amazing film called Vacuumicus by Paul, I played Vacuumicus and did a bunch of shooting with him and I made the soundtrack. It was a pretty sweet film, but Paul would soon move far away to the west coast, never to be seen again... Well his face anyway, he's out there making piles of cool stuff still.