1998 was the year Die Spinne, and SC style punk rock unofficially kind of went into retirement... Don't get me wrong.. me, Terry and Scott would get together again in the future, but it was few and far between those shows, and they were nothing like they were in the 90's ever again. Die Spinne was playing shows quite regularly, and that year also was the dads with no face comeback special, where we played a load of old dads songs with no bass, the way dads used to do it... it was fun. 1998 was also SC's 15th anniversary, where we held a huge festival, kind of like we are doing this year for the 30th.. only we were 15 years younger back then and it was crazy mayhem.. EO played, Gorgo X 2, Die Spinne, Smoth, and I played a song on my own, which would be the first ever appearance of what would be Fukachuk Egg Machine. 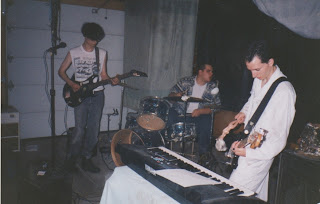 I was completely going full force making SC Propaganda magazine, and mailing it out and handing it out to anyone who would take it. We also made 3 15th Anniversary compilation tapes that were produced in huge quantities, and given out to everyone (Strangely I can not find any of the original copies any more, and if anyone reading this has them, please let me make copies of them!)
Gorgo X 2 made another album, and with the live appearance at the 15th Anniversary celebrations, they were bigger than ever.
Shortly after the anniversary show, die spinne, for no particular reason, just kind of stopped playing... and never really played much again. there was no official break up or anything like that. I think we all just got far too busy far too quickly.
As far as SC film was concerned, we were continuing the barrage of short films we had started the previous year. To check out some of the very exciting artisitc things were were up to, check out this page:
http://scentertainment-films.blogspot.ca/search/label/1998

But me and Terry still had music in us, and in another different little basement apartment I set up a recording studio in the laundry room. I had recently got fired from my job on account of I left the store to chase down the people who had just robbed me, and apparently it is against the rules to abandon the store for any reason (I'm not bitter about it any more.. I swear) anyway, so I would stay awake all night long every night and record stuff, and write songs, and during the day I would watch the kids. As you can imagine, I wrote a lot of songs about how much coffee I was drinking and other things... I was staying awake for days at 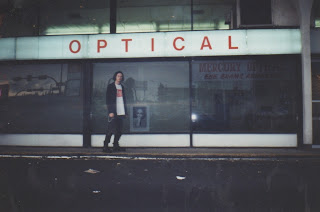 a time, and putting together the whole story of the Tree of Reason and all the things that went along with it that I started making up so many years ago with Dads with no Face. I was painting all the time and putting bits of the puzzle together. I had met my friend Vahini, who taught me a lot about the world I was living in, and at the end of all of this I had made 3 records in the span of about 5 months. They were called fukachuk egg machine, and I would continue telling these stories for
years and years and years.
Get Rats and Perineum Here
Get Low Fidelity Sell Out Here
Get Lost Lizard Girl Here

While all this was happening, Terry was going through a similar spurt of singular creativity, and he would come to my little laundry room recording studio and make his own solo album called Leroy Dyes in Hell. All in all it was a very strange time, and everything about what we were doing with SC Entertainment kind of changed over night. The final thing that happened that year was I got on the internet for the very first time, I was new at it and had never done anything like it before, but my first task was to learn HTML and make a website for SC. Up until that point SC was always either called SC Music, SC Films, or SC Comics. With the new website I wanted to combine everything and make it all merge together somehow, so I changed the name to SC Entertainment. And one of the first things I did when I got on the internet and had established myself there was to make a whole web page with nothing but pictures of goats on it. Because lets face it, thats what the internet was made for. 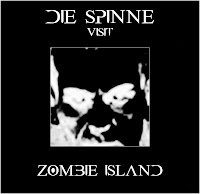 Every single Die Spinne album is now finally available to listen to, and download for free on the internet. Please go check out that exciting band by going here: http://diespinne.bandcamp.com/