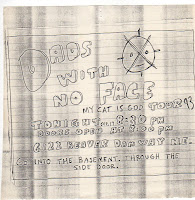 1993 marked SC's 10th Anniversary and it was celebrated with not one, but2 Bo-Bo movies. Bo-Bo 2 was pretty thrown together, and for some reason the quality was quite bad.. I blame having to edit on 2 VCRs and having to go back and forth over and over to add titles and special effects and sounds and stuff to the point where you could barely see the picture.. oh well, it also had a surprise startrek the next generation ending that quite honestly blew our friend's minds away. Bo-Bo 3 was a work of art, pure genius film, I even handed it in as an art project as school and got 100%.. not too bad. It also marked the invention of the greatest crime fighting heroes the world had ever known.. Beefart & Cheenkaw. They would be mainstays in the SC universe for the rest of time.

That year was also the year of Dads with no Face - Life Sucks, which was a concept about.. well life sucking. It was all about the tree of reason and all the other things that would go on to become the entire basis for fukachuk egg machine 5 years later. We were playing shows basically all the time.. every weekend was a drunken party in my basement and it was beautiful. 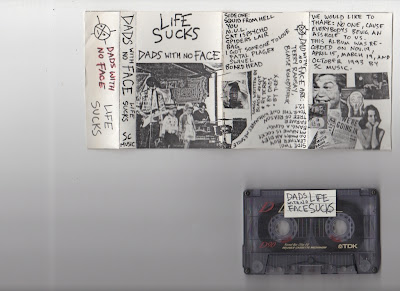