Months and months of updates and me being too busy to actually write anything on this website!

Okay, so the last bit of news from LAST YEAR was that we were about to start filming on the major feature length motion picture 'WORLD OF THE UNCANNY' well the good news is that we actually made the movie... in total it was something like 6 months worth of work, and it is actually the greatest achievement of my life.. probably. But I will get to that in a moment.. I would like to explain myself first. I can't remember the last time I have got this long with neglecting and updating this website.. I haven't even sent out SC Newsletter e-mail updates.. and I imagine lots of websites all over the world are suffering for this exact same thing. I blame facebook. yeah.. it's easier, it gets to the people who actually are interested in the info.. and people go on there 50 times a day every day.. I have no idea how often people visit this website, but I bet it sure is less than they go on facebook. So that's my excuse, I do stuff on facebook now, and have left my beautiful website to fend for itself. I am a bad man.

Anyway, back to the news.. first off there was an amazing reunion of SC's very first music group, The Electric Oinks. Yes, Terence and myself spent several weeks recording a ridiculously amazing double album of beauty and horror.. it is called Secret Eyes.. and it is available to download for free.. we wouldn't think of charging you for this music.. it is actually probably against the law for us to do so.. anyway.. go and get it! 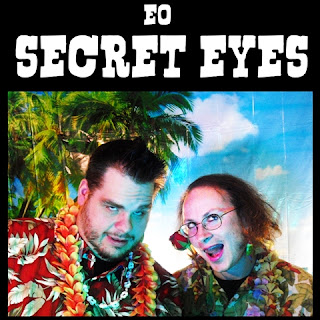 And now on to the most amazing movie ever made: WORLD OF THE UNCANNY
Months of shooting and editing and painstaking special effects and every challenge you could possibly imagine are over and what's left is something so good you will be telling your grandchildren where you were when you saw it for the first time. The staples of SC Entertainment heroics, Beefart & Cheenkaw are back to fight the evils of the world another time.. only this time they are going to the root, the villain so villainous that other villains consider him a villain. Nathaniel Weisberg. Not only that, but Bo-Bo comes back, the whole world is thrown into an alternate reality of strangeness  there is the amazing super hero The Mosquito (Paige Morrison), and Beefart and Cheenkaw have two new assistants, the lovely and talented Marla (Emmelia Taylor) and Silk (Jeff Robertson) Flying saucers, cannibal dream monsters and more round out this amazing 2 hour long sci-fi horror action comedy drama documentary. Check out the trailer!

And that brings me to our final bit of news... where and how you will be able to see this movie! Well the official release will be at this year's Calgary Comic and Entertainment Expo. We will be there stationed at the Scorpio TV booth.. where you can get loads of cult and hard to find discs... heck, if you ask us nice enough, we will autograph it for you when you buy it. The DVD comes with some exciting audio commentary by me and Terence... and for a couple more bucks you can get the delux edition that comes with a second disc that is packed with bonus features.
Not only will be be there selling you the greatest film of all time, but we were also invited to do a panel discussion about us and how we have been making such amazing things for the last 30 years without any outside help from the world whatsoever, and how nothing is impossible, and you can make all your b-movie dreams come true if you want to! We will be having the panel at the Rotary House at 5:30 Friday April 26th. I expect you all to come check it out... On the panel will be myself and Terence, Elaine, and Jeff and Emmelia, our two new mainstays here at SC Entertainment.. 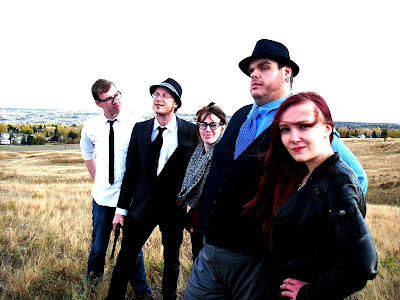 Oh yes.. in other news, Me and Elaine, aka Dinojubilee, aka Death Ray Gun, aka Lost Worlds, aka the two people who have been putting every bit of our lives in to SC Entertainment for the last 13 or 14 years are going to be getting married in May.. It should prove fun and exciting.

Great post! The fact that you means someone is reading and liking it! Congrats!That’s great advice.Conway's Vintage Treasures