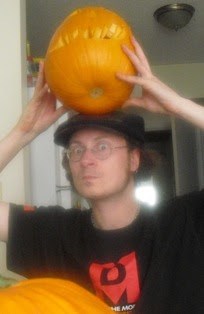 Just a quick Happy Halloween to all the followers of the mighty and magical land of SC Entertainment!!
And now... a list of links to some scary SC Halloween madness!


A Zebra For Sally! The greatest Ghost story ever told!
Beefart & Cheenkaw! If you need Vampires, werewolves, and Space Monsters This is your movie!!
Humanity On Fire Part 2! Sure to make you wet your Halloween Pants!
Bo-Bo 6! Also known as Captain Spooksville!
The Logical Rumination! Basically, YIPES!
Meathook Madness! Dressing up like a demented pig never seemed so fun!
Bo-Bo - The Halloween Massacre! The original 1992 Halloween horror fest that started it all!

Anyway, have an Amazing Halloween!
No comments: 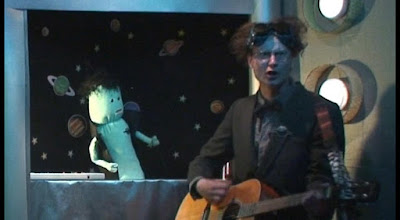 We have now filmed all the Captain Elaine segments for the upcoming 10 new episodes... 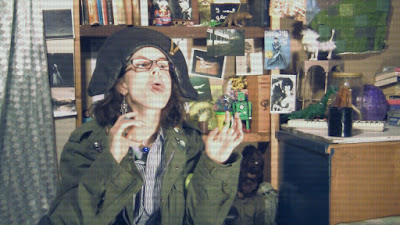 Also, there is going to be a small Slim-Bot screening on October 22nd... if anyone is interested in attending write me for details kolodychuk@gmail.com (space is very limited)
No comments:

Just a short note to let everyone in the universe know that the most amazing animated space adventure of all time is now done! (well done rendering anyway...) There will be more announcements in the coming weeks about how it will be released and where you can get it or see it or whatever!

So soon I will be able to get on with all the other projects that have been piling up over the last 6 months.. such as Ten new episodes of Space Station Zero, a new album by me, Blaise Kolodychuk.. which I have already recorded about 13 tracks for over the last year and a half... some possible upcoming live shows by Elaine Boyling and Dinojubilee, New Dinojubilee recordings... as well as some old fashioned experimental horror that has been lacking in my life as of late.

But never mind all that now... SLIM-BOT is done!!

A Slim-Bot website will be up within the next week or so I imagine.
No comments: