A Zebra For Sally is the best movie you will ever see. 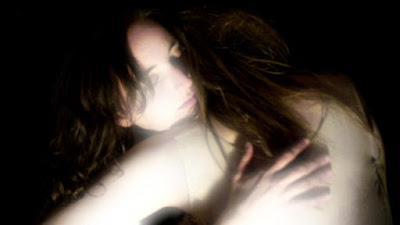 A Zebra for Sally is a movie I made.. I made it last year and finished it this year.. and I don`t really know what happened after that.. I think a few people saw it, not even all the cast and crew were there at the big unveiling party we had.. and I use the term party very very loosely. At any rate I needed to say more about this film. I have heard some criticisms about it, and I have heard a lot of good things about it.. but at the end of the day when I add everything up and I think about all the things that I went through to make this film and all the hard work from so many people.. from Terry getting covered in pudding, Barry stripping down to his

underwear and getting covered in glue and fake blood.. or Kristy tirelessly and endlessly doing everybody`s make up plus her own almost full body make up every day.. to Christine who never questioned me, even when i told her to carry around a stuffed zebra and stare at the canned peas in safeway for 15 minutes while I secretly filmed her with a camera hidden under my coat. I didn`t even mention Isaac, because he was just so amazingly cool he transcends quirky stories. At any rate, when I take all that in to consideration, as well as all the personal crazyness I had to endure by actually making this bizarre ghost story with no money, no free time and no one but myself telling me what I should do.. at the end of the day, A Zebra For Sally is without a doubt, the best movie ever made. And it means a hell of a lot to me. I have heard people say that Out of State is my masterpiece.. but I disagree. Out of State is fucking genius, and in reality it was more hard work, and it was bigger and longer and had more action and adventure... but A Zebra for Sally is really my baby.. it is beautiful and exactly what I wanted.. from the hazy images and the classical backwards bizarro soundtrack that is the dictionary definition of atmospheric.. to the way ever one acts in that movie... it is beautiful.. sally is sally.. the sally from my head.. she is wonderful..

perfect. And Dale... oh my lord.. it has been over a year.. and I still think about the way she is with Father Woodman when they are sitting in the room... how she gives that little look off to the side.. that, without a doubt is my proudest moment of film making ever... and it has nothing to do with me.. Dale is simply just possessed.. and I caught it on film.. and I love it.
I could really go on and on and on about how much I love this movie.. and all the reasons it means so much to me... but my point is, it really is beautiful. and you should watch it.
It is best watched on TV.. e-mail me for a copy if you want it..
and if you don`t have the patience or the motivation to actually get yourself a DVD copy of it.. I have it on-line for you to watch.. You might have to be in the right mood.. you might not.. who knows.. but you should watch it.. If you look at it in the right way, in the way I intended, and twist it to be everything you ever needed.. then it can change your life..

watch it on YOU TUBE here
and after you`re done, watch
the making of a zebra for sally here.
oh.. this all came about because I went to the zebra for sally website just now and had a look around.. at all the photos and the behind the scenes stuff, and I must have got all misty eyed or something... but you should check out the website also if you have a chance.
thanks for listening to me whine.
-Blaise.