At some point, somewhere, somebody decided that simply being creative and intelligent aren't enough to make a person a worthy member of society, unless of course they are making loads of money doing it. Everything always comes down to money, and it's just some invention that society came up with in order to trade for other things. It's not even real.. it's a concept that has gone terribly wrong... it is supposed to symbolize what a person is worth because of what they do.. and it isn't that at all... how can it be that some people who do so very little have so much of that stuff, but some people who work very hard have hardly any? It is a failed idea that doesn't seem to make any sense to me. I can't come up with a better way to reward people for there efforts, not without some sort of magic or something... but it is just terribly sad that the world has come down to that. People ask me what I do.. and I tell them I make music, and movies.. and almost immediately, without fail they ask me how much money I am making from that line of work, I say that I make nothing, and as a matter of fact I spend a lot of money to do what I do... then i get that look.. and then i have to explain I also work in a print shop in order to make money for the things I need to survive. Then the conversation goes towards that... like because that is where I make my money, that is what is important. The whole idea that I am a person who creates things completely leaves their mind. When in reality, my job is, and always will be to make music, and things for people to see. Things have got to change, and credit should be given to me, and all the people like me who make artistic things. All the people who give up their lives so they can make something that matters.. something real that you can feel inside you something that means a lot more than money. This is one of the reasons i will be spending so much time and effort on Space Station Zero... a show for kids.. kids are just about the only group of people left who are open to something that isn't mainstream... they will watch something so totally insane and messed up, and get enjoyment out of it, and not question the details of why things are the way they are... no kid cares about how much it cost to make something, what was the budget.. kids will see a pig fly and not question it.. and at some point they loose that... and the only reason they loose that is because we, as grown ups tell them that it isn't true. why the hell do we think we have the right? Because someone told us that? Well, someone lied to us... pigs can fly, all you have to do is close your eyes and see it happen. When did money become more important than having the ability to see that? Anyway, happy New Year everyone... and in the upcoming year, I promise you all, I will never stop fighting for the importance of art over money. It just simply shouldn't be the way our world is conducted, not if we have any self respect as a civilization at all. 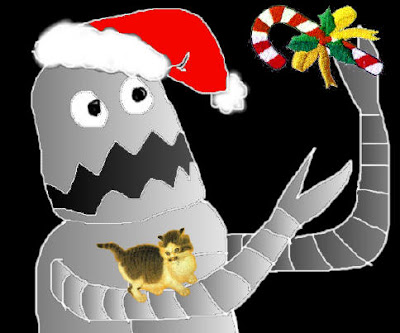 I am currently in pre production on a very exciting new idea... I have been trying to work it out for a long time and now I think I am ready to unleash it upon the world... We will start shooting next month for the long awaited, super exciting, most astounding children's show ever conceived.. SPACE STATION ZERO! We will start shooting the first season of 10 episodes next month. Join Captain Blaze (Blaise Kolodychuk) and his trusty alien companion Zeep (Terry Ramsay) as they sing songs, and learn important lessons while on the out-of-this-world space station Zero! There is also Cartoons, and Story Time and Adventures beyond any science

the world has ever known! Plus much much more! So you better start getting yours, and any other kids you see on the street excited, because the best kid's show in the galaxy is coming to town! 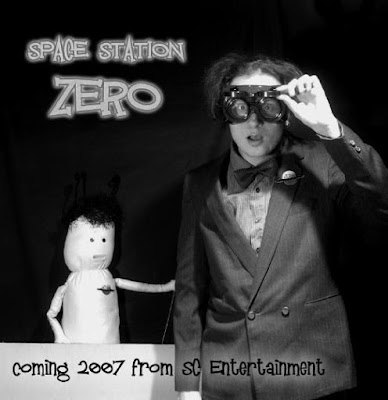 
For more information on the seven new records CLICK HERE
No comments: