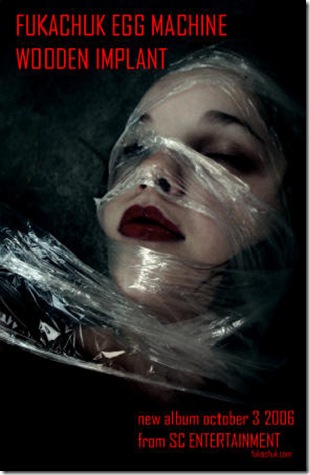 Live performance of 'Eggs For Sale" also up for your viewing pleasure... CLICK HERE 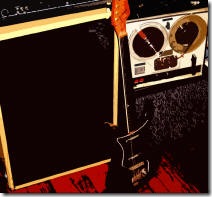 To see more photography from Maria Ström, who did the cover and album photography for Wooden Implant, CLICK HERE 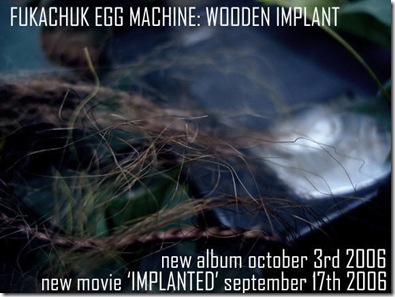 As you can see, from the picture, there is an amazing new fukachuk egg machine record coming out soon, on october 3rd.
"But Blaise," you say... "you told us all that fukachuk egg machine ended... and you wrote a big long thing about it.. and you made us all cry about it...." well, sorry about that.. i guess it was actually impossible for me to actually stop making fukachuk egg machine music.. and by the looks of it, you will have to put up with fukachuk for the rest of my natural life. If you are not satisfied with that answer, i have also created a short cartoon explaining why fukachuk is back.. see it here.
Also, not only have I been making a secret fukachuk egg machine record for the last 6 months, I also made a brand new fukachuk egg machine short film.. and that will be available to watch on September 17th (my birthday) It stars Marisa Mori as Partridge Mary Rosencamp, Jenn Slater as Daphne, Terry Ramsay as Dr. Hedges, Amanda Kolodychuk and Mikaela Bridgen as Jenny, me as Surgery Boy, and Toc Choi makes an appearance as himself. so go to the fukachuk egg machine website on sunday ( http://fukachuk.com ) and watch it then.
Wooden Implant is a pretty important thing that you should all hear.. and I hope you like it when you do.

Also, don't forget about out of state at the Globe Cinema on September 30th at midnight... more info and to get tickets, click this picture here: 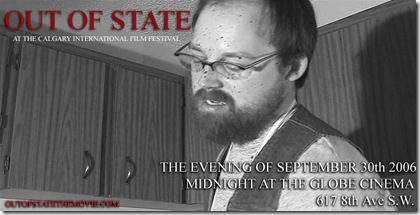 I have been also recently informed that Space cow will be screened next month as well! I do not have all the details on that yet, and will keep you informed. Also next month, with details to follow soon, Implanted will be performed live, and the new formation of the Blaise, Terry, Scott un-named band will have their debut gig! It looks like it will be at the Orpheus Theatre on October 27th... it will be a spooky halloween show with all sorts of other things going on.... the details are not set in stone yet, and i will inform you of the exact date and time as soon as I get more info... this is something no one should have to miss!