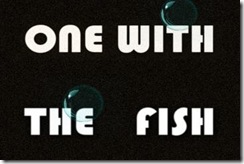 The new full short film ONE WITH THE FISH is now available in VIDEO FILES & MORE 2. So go download away, it is super cool. Starring Amanda Kolodychuk, Terry Ramsay, Blaise Kolodychuk and Gord McDowell.. written by Blaise and Gord. But be warned there is very strong language.! YIKES! 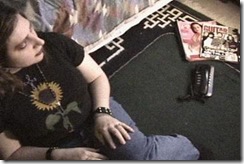 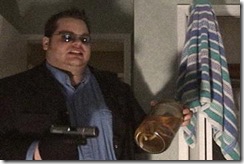 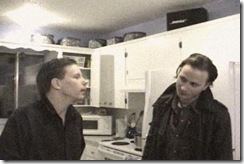 I am attempting to re-edit Bo-Bo 6 for a future DVD release, I came across some behind the scene pictures, it may be interesting to some fans of the mighty Bo-Bo! All pictures are from 1998. 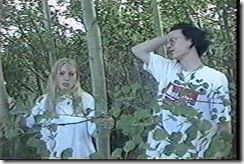 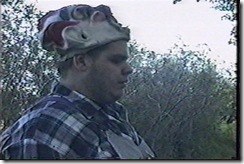 Terry Ramsay out of costume 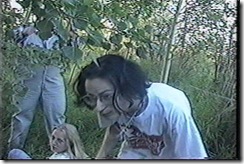 Blaise getting out of the way of a shot 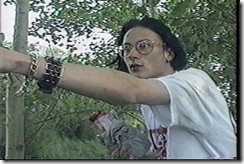 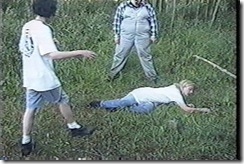 Again with the trying to direct 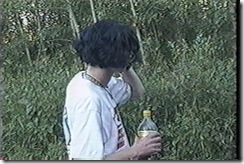 Blaise with a giant bottle of diet Coke 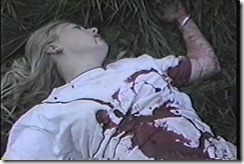 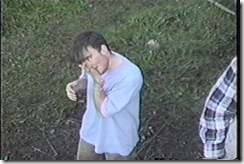 Paul Whittington sucking the blood off his hands 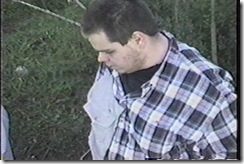 Terry out of costume 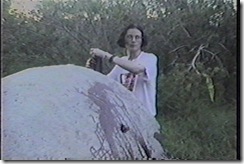 Blaise with a bottle of blood

Check out the Veltrax talks about... series! Episode 1 is available now by clicking the link to the right. (Right click and save taget as...) These are short cartoons starring Veltrax and other old SC Comic heros talking about the issues that really matter. Part one is about the dangers of drinking and driving, and guest stars FORCLUN, the groovy snake with arms who lives in a satellite orbiting Earth...

The Super spectacular new double album from the world's most amazing duo is now available! It includes 28 songs and give you a feeling of self worth that can't even be descibed! If you want this crazy thing, just E-MAIL me, and I will show you the way to the future... I may charge you like $3, but 3 bucks for a double CD of this magnatude is like nothing when you think of how much it will help to improve your life...

for more info click on the death ray gun link to your left.

Our sweet little fish, the only one we actually named, 'flu-shot' has passed away today, a moment of silence for our little friend please.