As promised, here is the brand new LEROY DYES song "Rearrange" Just click to your right to download! Also, if you are on the SC Mailing List, you may have heard about the SC 20th Anniversary magazine that is cominig out some time this year... if any one would like to make submissions to it, please e-mail me... and if any one would like to recieve it when it is done, e-mail me... it's free... so you probably should.
sc_music@hotmail.com 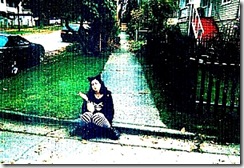 January 9 2003
I hope you all had a good holiday season... Not much new to say yet... you should all be getting Cindy Mae and the Collar of Doom... it is really cool. 2003 is SC's 20th Anniversary... and there are some pretty cool things that I have planned... more info on that Later, when I have more time. Some things in the works right now:
- A Day on Marble Street- The Motion Picture
I am compiling Ideas right now for this feature film.
- Cindy Mae Part 2 - Will be written by Amanda Kolodychuk, She is working on ideas right now.
- SC 20th Anniversary Compilation - A 2 CD set of Amazing examples of SC music through the years, I am working on a list of music that will go in to this.
- Short Film Compilation - Another Amazing Compilation of SC Shorts, So far included will be :
-The Box
-Slurpees In Heaven
-Wiz The World Is Yours
-Living By the Book
-The Art Of Dutchess
I am hoping to complete at least two more films for the compilation.