Is based in Calgary Alberta Canada. However it's members are spread out over the world.
Founded in 1983 by Blaise Kolodychuk and Terry Ramsay as a name for their 'comic company.' By the next year, 1984 sc was also releasing music, and in 1986 the circle was complete and SC Films was born. Throughout the years there have been probably over a hundred different people who have been involved in the creation of different artistic things under the name SC. From artists to musicians.. actors and everyone involved behind the scenes. SC Entertainment is now basically the name behind all of the various creations of Blaise Kolodychuk, as well as his collaborations with others such as Terry Ramsay, Elaine Boyling, Scott Johns, and Paul Whittington.
SC Entertainment is dedicated to the creation of stuff.. and having it easily available to anyone that wants it, with only the hope that you will spread the word. The personal philosophies behind the creations of many of Blaise Kolodychuk's art can be found at the Fukachuk Egg Machine web site.
This web site is meant to be a home base for everything that happens, and is updated continually to reflect what is being thought about, created, or ready for you to see... so please come back often.. and tell your friends that there still is people out there who make things just because they want to.. and because they really have no choice.. 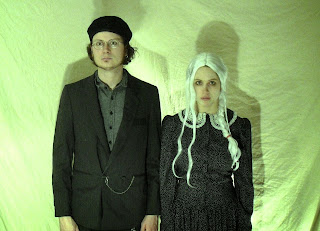 
Blaise Kolodychuk is an artist, film maker, and musician from Calgary Alberta Canada. He has been involved with making all kinds of things since he was very young, and started his Entertainment company in 1983 with his friend Terence Ramsay. Since then he has spent his life making music, producing and directing numerous low budget films, and painting, drawing and putting things together to make art.

Most of Blaise's paintings take place in the fictional, allegorical world of his music project, fukachuk egg machine, and depict the different people and places within the stories. They mostly tell stories of hope and resistance to being marginalized and destroyed by the world around them. There usually is an element of comedy in the paintings if you spend the time to dig through the bleakness of the people and landscapes.

Blaise has attended the Alberta College of Art and Design, and graduated with honours from the film program at SAIT Polytechnic, majoring in producing and directing. He is an award nominated director and his films have been shown in world class film festivals and publicly in many other locations.

Blaise lives in Calgary Alberta Canada. When he isn't off making movies and music and all that sort of thing, he can be found being a teaching assistant for grades 4-6 at a Montessori school. And Teaching Art classes to children.

All donations are accepted! Paypal: kolodychuk@gmail.com 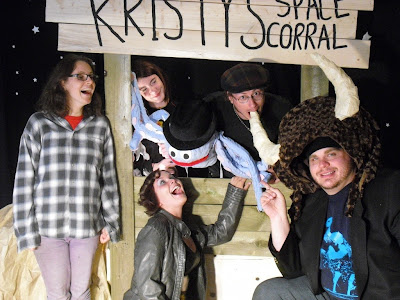 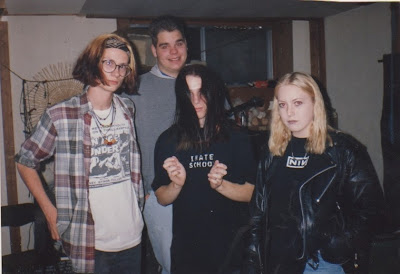