CINDY MAE AND THE COLLAR OF DOOM

Written and Directed by Blaise Kolodychuk
From a story by Blaise and Amanda Kolodychuk
(c) 2002 SC Entertainment 1hr. 23 min.

Cindy Mae is an eccentric girl who lives in Calgary Alberta... she goes to school, and has a very strong bond with her cat Guadalupe... meanwhile in the outer reaches of the galaxy a prison ship from the Cat Planet is transferring prisoners across the milky way to a maximum security prison under the surface of Mars. Unfortunately one of the prisoners, known only as "The Fiend", who has shape changing powers fueled by blood, steals an escape pod and heads towards Earth... When Cindy Mae gets home from a day on the town she finds her beloved Guadalupe dead. While burying Guadalupe she comes across a mysterious silver box buried in the dirt... The Fiend is now on Earth, he takes the form of the first person he sees, which happens to be Officer Beefart... The Fiend must find more blood to maintain his human appearance. Cindy Mae is given the collar of doom, which lets her see The Fiend's thoughts... unfortunately, he sees hers as well, and begins killing people she knows... Cindy Mae, with her friend Reggie Renolds must find a way to stop The Fiend before it's too late, what are the powers of the collar? Where does it come from, and why? And how will she defeat such a powerful enemy? 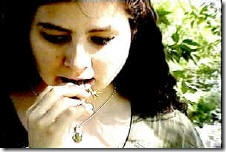 A mysterious and very strange girl who lives in Calgary Alberta. A place where many horrible and strange things have happened in the past, especially to her brother Rolf, and his struggles against Bo-Bo. Cindy Mae goes to school, and lives on her own. She is devoted to her cat Guadalupe, and when she finds Guadalupe dead one day she also finds her self thrown into an unexplainable adventure... after finding the collar of Doom, she begins to share dreams with a mysterious fiend who is killing people in the city, and soon starts killing people she knows. It is up to Cindy Mae to stop him before he kills any more... 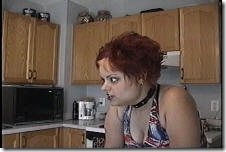 Cindy Mae's trusted friend... She goes to University with Cindy Mae, and tends to be her chauffeur. She was dating Cindy Mae's cousin Sid when he was captured by the vicious Fiend... While helping cindy Mae on her quest to stop the fiend, it is Reggie who leads her to the mysterious RING OF DOOM... 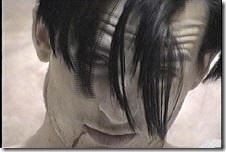 Cindy Mae's Cousin, who attended the funeral of Guadalupe is captured by the Sinister Fiend and brought back to his Lair... he withstands the Fiend's sadistic tortures, and refuses to tell where Cindy Mae is, He eventually Saves both Cindy Mae, and Reggie's life... but only for the moment. 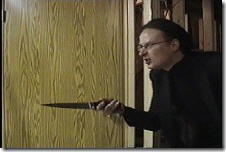 The Fiend is a renegade shape shifting serial murderer from the CAT PLANET. While being transferred to a maximum security prison on Mars, he escaped and headed to Earth... When there he changed in to the first human form he saw, which happened to be Officer Beefart... However he can only maintain his human form so long before transforming back to a cat... that is unless he floods his system with human blood. So he begins his killing. When Cindy Mae mysteriously acquires the Collar of Doom, his thoughts are shared in her mind... unfortunately her thoughts enter his mind as well... knowing his true identity as a cat from outer space the Fiend has no choice but to hunt down Cindy Mae... all the while praying on the people she knows that he sees in her mind... 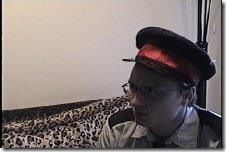 Having been involved in some of Calgary's more unusual police cases, it's no wonder that he ends up trying to help Cindy Mae... who happens to be the sister of his close friend Rolf... 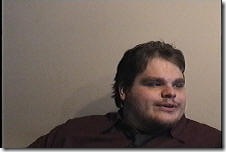 Not quite as useless as Beefart in Police work... he spent 5 years in Tibet studying with ancient prophets to learn the ways of Hypnotics... unfortunately his talents are wasted when Cindy Mae is run out of her own house thanks to the fiend. 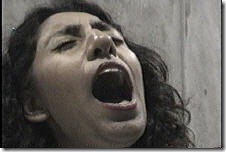 Victoria attends University with Cindy Mae, and has been her friend for years, she has always gone along with Cindy Mae in her crazy plans and schemes... 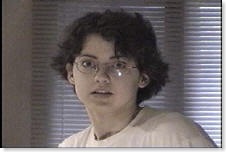 Angela was Cindy Mae's best friend from high school, after they graduated Angela opened her own successful coffee shop, she moved downtown and bought her own apartment. 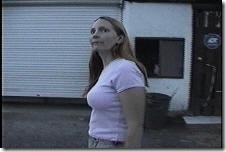 A girl who has the misfortune of walking home near where the Fiend landed on Earth... 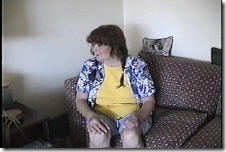 Reggie's Mom, her father was a great adventurer, and archaeologist who studied the strange history and artifacts of Ancient Calgary. 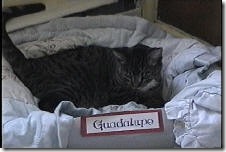 Cindy Mae's beloved cat... Unbeknownst to Cindy Mae, Guadalupe was a test cat in the 1950's Russian space program and had adventures of her own before joining Cindy Mae in the 1990s. Guadalupe can do no wrong. 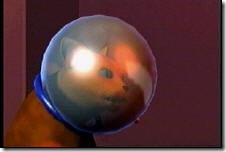 Lt. FELIX
(Blaise Kolodychuk)
Captain Mitten's right hand cat, he organized the search for The Fiend on Earth, helping Cindy Mae by planting the Box Of Doom and more. 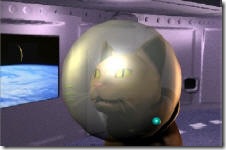 Captain of the Cat Planet Prison Ship, After the fiend's escape she set in motion all the things that were needed to re-capture the vicious serial killer.

Or Watch The Trailer

Watch "Planet of the Cats"
The short animated film that came before Cindy Mae, and tells of Guadalupe's adventures in Space before she ever met Cindy Mae!